Try our custom ender dragon challenge and be rewarded! 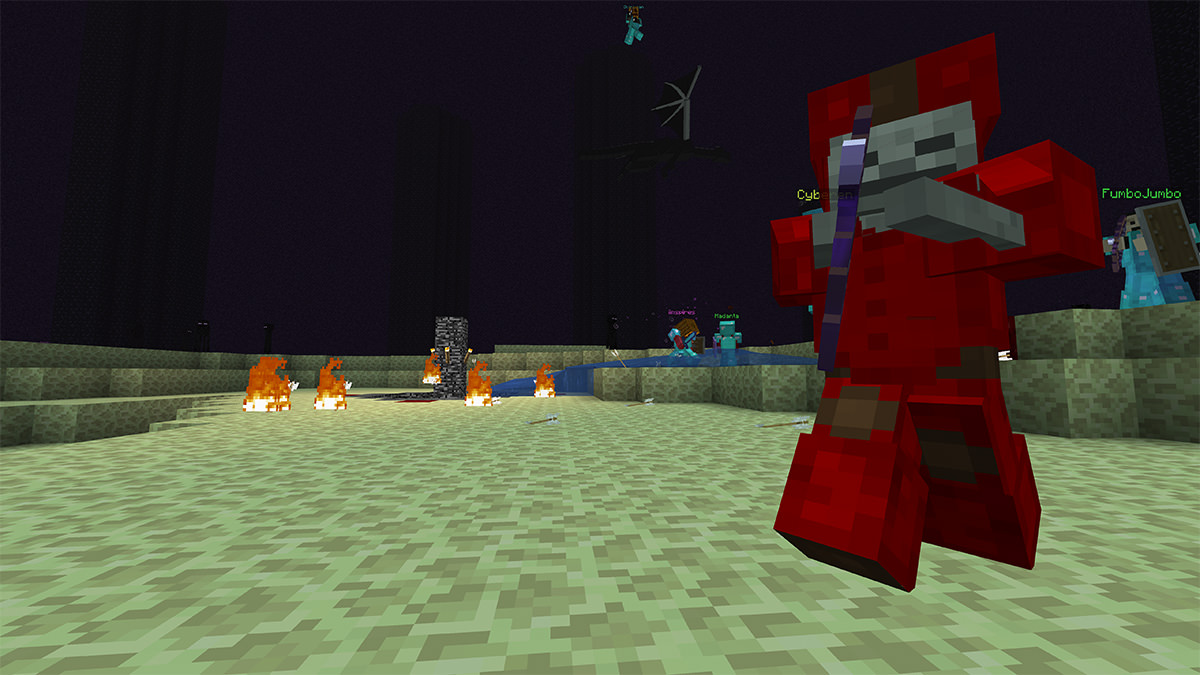 From time to time the dragon will summon help, spawning in Ruby Skeletons, mobs with red armor and enchanted bows.

All players who attend the fight will receive bonus experience in the form of levels. 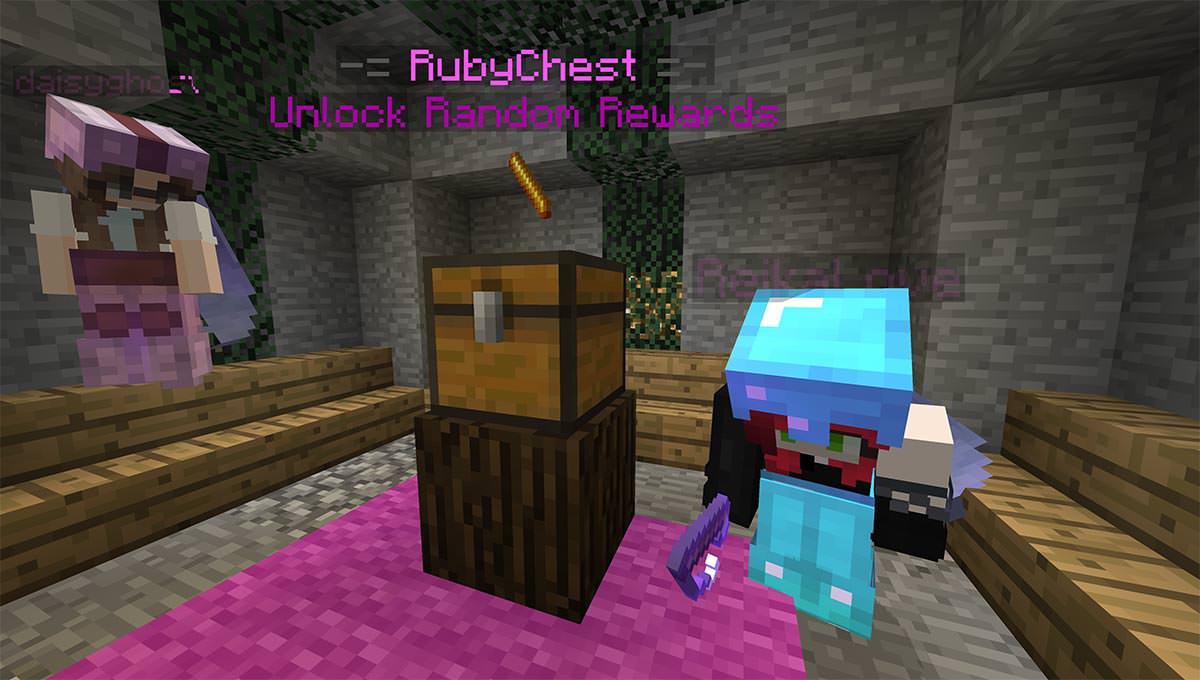 The Ruby Chest is filled with our best /vote reward and /donate shop items as well as special items only found in the chest. 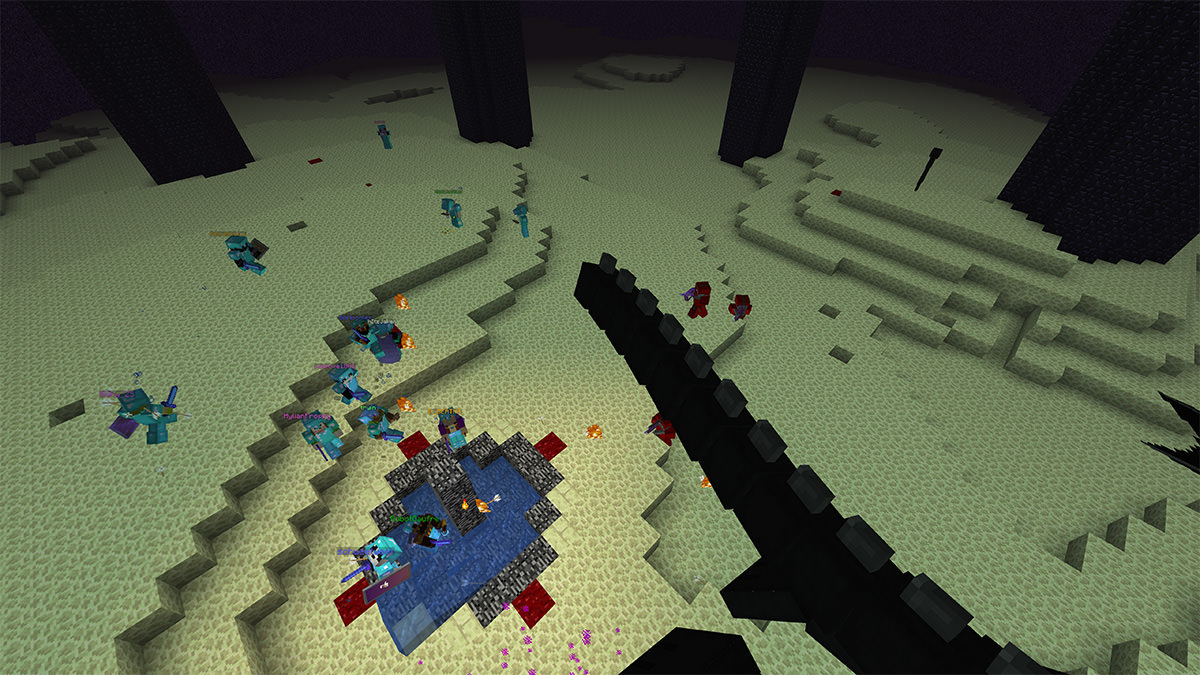 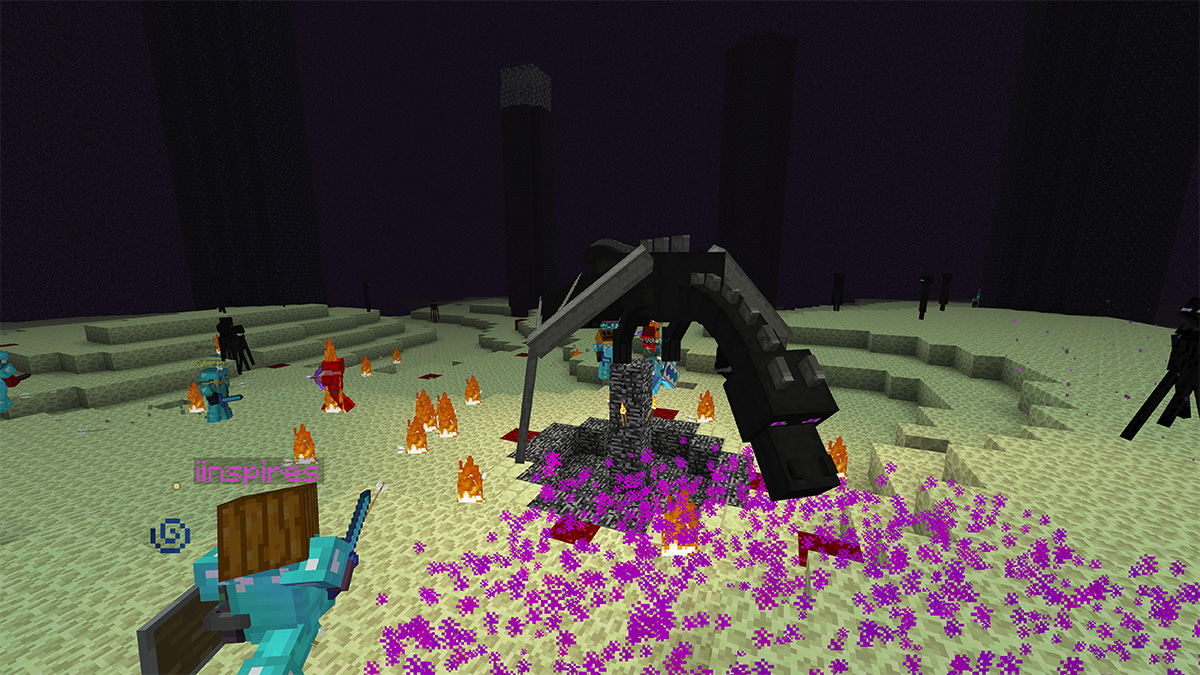 See You Next Friday

Come join the battle every Friday night at 9pm Eastern. We first created the Ruby Dragon to solve the problem of large group dragon fights lasting a few seconds. Players were very unsatisfied! So we created this challenge and hope you enjoy the fight!

Have ideas to make the Ruby Dragon challenge more exciting, rewarding, or balanced? Submit feedback on our forums.