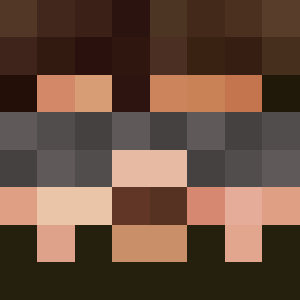 Server Currency earned with Game Hours
I get what your idea is but why give ppl dia's or what ever on playtime? In my opnion you still need to do stuff get dia's like go mining and put actual effort into it, with those dia's you can upgrade gear -> more and easier farming to start a shop or business to sell stuff for dia's.
Also if you say this out loud " a pickaxe that turn diorite into dia's", it sounds stupid and is not even close to what vanilla mc is. There is a reason that dia's are somewhat rare to find when mining but some idea's are just taking away the grind you need to put into getting those.
Let new ppl struggle a bit, that makes them motivated to find dia's while mining or starting up small businesses to upgrade their own gear and what ever.
If you want to help the new players so bad give them free diamonds or gear, but why remove the small grind that mc has completely?
Like I said before the wildertools are more becoming mods then upgrades of vanilla features...
29 days ago

Ranks&voterewards tab on forum
Same like the "Bans&rules" when you click on the "ranks&voterewards" tab on the forum page nothing shows up.
Maybe ad good discriptions of all ranks with their vote rewards, how to obtain spawn eggs/wilder items and the ancient bonus reward.
Or if this takes to much work or time just delete the tab.
This keeps completely in line with the wildetheme.
How hard is this to implement? 2/10
about 1 month ago

Votes to Next Rank
@BuFFaZ I think Cap means to make it a bit more clear to see what your next vote reward is, it took myself 20 min of asking ppl how I could see my next vote achievement. Maybe put the links where you need to click on in another color so it doesnt blend in with the rest of the text, maybe have it green again like it used to be so its clear for new players where to click on.

New Mod/feature
@MrTrixer I'm not sure if you read my suggestion completely, I said that the player needs to actively stay behind his computer so he cant  afk farm. A mod can send him a message with /msg if he is there or not and if he is not he gets kicked. Some farm desigins require these kinds of mechanics when a player gets moved around. There is really no difference if you have an auto walker going or are manually pressing the button since you need to stay actively behind the pc, it doesnt effect anybody or doesnt give you an advantage on another player.
about 1 month ago

New Mod/feature
currently its not allowed to make afk farms where the player gets moved around to make it work because you would circumvent the afk kick timer. But maybe ad a rule that you can use those mods that make you auto walk/ auto jump and use those farms when you are actively behind the computer.
Staff can check very easy if you are there or not by just asking you with the /msg mode, which only staff can use, if you are afk or not.
It can sometimes get very annyoing constantly needing to press the button... plus this feature of autowalking is a thing in alot of games with big maps.
How does this keep in line with the Wildertheme? - It does not really change stuff for other players it just makes walking or farming a bit more easy.
How hard is this to implement? 1/10

If you have an idea how to improve this rule or whatever let me know :)
about 1 month ago