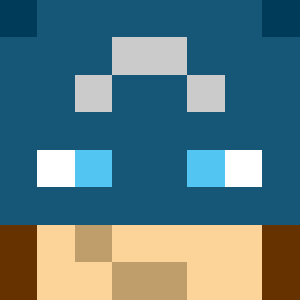 Voxelmap Does Not Know Where I have Traveled To SOMETIMES

I use Voxelmap, and for the most part it works great. There is one very specific thing that happens, and has happened since S8 started.  There are some combinations of worlds that when I travel between them, Voxelmap does not know where I have come to, and forces me to select the world from the multiword option in Voxelmap.  For me, this ALWAYS happens when I travel FROM Cypress Nether to Cypress Overworld.  There are others but I don't remember what they are.  Going to/from Spawn and Cypress, The End for Cypress, Cypress Overworld TO Cypress Nether, and other worlds all of those work fine.  I actually reached out to the Voxelmap guys to see if there was something on my end, and they told me that what is likely happening is something wrong with whatever plugin Wildercraft uses to identify the world when you travel to it. It's a minor inconvenience, but it happens EVERY time I travel between some worlds.

Should we remove ideas here after they are old/skipped/done?

Removing ideas from Discord is fine.  The post and feedback should stay on the forums.

It would be nice to know what the status of the request is.  Many ideas don't get any response other than the voting. Even the feedback from staff is somewhat cryptic. You certainly don't want to put staff in the position of telling someone their suggestion is dumb or impossible, but at the same time it would be nice to know what is being considered, what could be considered, and what is probably not ever going to happen.

There is also the issue that some posts contain one suggestion, while others contain a variety of suggestions that revolve around one topic, some of which are good, some are bad, and some are not possible.

I know that I and others have put up some posts on changes to the economy and shops and I have no idea which, if any of those, is even on a backlog somewhere.

As a software developer in my RL, I understand how those kinds of "punch lists" tend to evolve: things that interest the developers usually work their way to the top, followed by the requests that are easy to implement, with the hard asks that have little or no developer support falling last. There is also always those urgent break/fix items that take over the schedule. All of this is done with a finite amount of developer time.

It's natural for a lot fo this to occur.  But it would be nice if player interest could help shape the list of changes to be done. This is hard...no one wants decisions made by a committee. Many folks "vote" with the emoji tags, but I have no idea if this actually influences anything.

I don't understand this suggestion.  Might want to take another stab at the description.

Inventory Sync Across Servers Bug - Glass Pane Named "Loading.."
I (and others) are seeing a very intermitent issue where we wind up with one or more glass panes in our inventory named "Loading..."

The issue happens very infrequently.  It's only happened to me 3 or 4 times since S8 started, but I have heard reports of it happening to others.

I have seen in chat where others have had this happen and report minor items...rockets or wood...replaced...and I don't think those issues are being reported.

We have been told by Mods that this only occurs for empty slots.

While I cannot be sure, I think this happened to me last night and replaced an item in my inventory. I usually carry one or more Crafting Tables in my inventory, but that slot was replaced with the glass. To be honest, it is possible that I ran out of crafting tables...they are unimportant...I usually carry several, and will throw one down for use and sometimes leave it (intentionally or unintentionally).

I am concerned that this could be replacing items. When it does occur, I see the Mods asking "Is anything missing?" to which the answer is sometimes "I'm not sure."

I would be happy to help troubleshoot this issue, but I'm unsure how to help. It happens infrequently.  I *think* that many of the times it has happened to me it's been right after a server reboot, but I could not swear to it.
3 months ago

☽༓･*˚⁺‧͙ Ender Pearl Bow
What if instead of it being a bow, it was an Ender Pearl Arrow and was ammo for a bow?
3 months ago