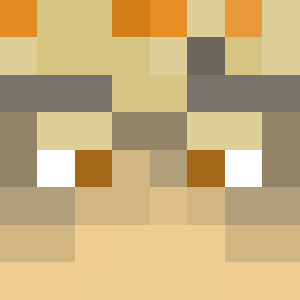 Heal Block - Safety Zone
The blue concrete that is scattered throughout dungeons will heal players who are standing on it, and you don't need to worry about mob spawning. Mobs are specifically chosen and placed in rooms when the dungeon is built, and no additional spawning occurs after the room has been generated. It's a nice idea though!
14 days ago

Diorite Not-Alrite Pick Changes - New Rules After The Fact
I respect redbau a lot, but I don't think it's right to use terminology like "exploit" and "figured out" like it wasn't the most obvious way to use the pickaxe right from the start, especially considering that's how it was used in the demo. It was being used like that for months, whatever damage was already done, it wasn't an emergency fix by any means. Nobody needed to be punished for it. *shrug*
26 days ago

Diorite Not-Alrite Pick Changes - New Rules After The Fact
I agree with Tolc, everyone had every reason to believe was an intended feature. Calling it a "bug" is inappropriate.

Between the way the tool was demonstrated by staff, the lack of comment from staff to the contrary, the use of the tool in this manner by staff and players alike for two months with no sign of backpedaling or repercussions from staff; using the DnA on placed diorite had ALL the appearance of being an intended feature, and should be treated as such.
If, months later, it is deemed too OP and needs to be removed, fine. But until such time as it can be removed, it's fair game and time for adjustment needs to be allowed. Slapping a vague "oh wait no" on the lounge of all places, months later of all times, and letting it fall on the players to bear the brunt of the inevitable confusion is a poor way to handle it. If you're gonna change a rule, it needs to be handled with *far* more clarity and openness. I had no idea about the restriction on using the pickaxe (in the most obvious way to use it) until somebody was banned for it. That ain't right. If you're going to only communicate a rule to certain people when everybody is already innocently using the pickaxe like that, and then ban them because now they know, it just looks like selective treatment. I'm not saying that's what it was, it's just not a good look.
27 days ago

2. Priority to fix? Low, because most people new enough to try griefing don't have wilderspades

3. Which server? Tested on Redwood and Spawn

4. Steps to Reproduce: Get a wilderspade and try repeatedly to break somebody else's claimed dirt blocks

7. Proposed Fix (Optional): Do you have a suggestion?

4. Steps to Reproduce: hold a wildertool, right-click on something

5. Expected Outcome: nothing special. if it's something that can be interacted with by right-clicking (like a chest), it works (the chest opens).