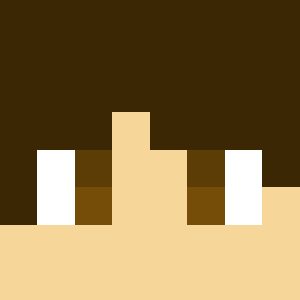 Changes for Season 6?
-/farms
--I agree that the villager cap could be reduced to 25 or 30, but I just feel that way towards villager ESPECIALLY with the 1.14 changes and how much processing power it will take to calculate the workstations/beds and stuff constantly.
--I think it should be 50 cow/sheep/pig/chicken ect. combined rather than cap for each.

-Wildertools
--Wildercopia is massively overpowered at Fortune 5. Fortune 3 should be max.
--Wilderfork/Wildertrident would be nice addition, perhaps they should come with riptide/loyalty pre-enchanted to avoid people throwing them and losing, then complaining, as its only a 1 min timer for thrown tridents despawning.

-Minigames
--The Pit.  Face a never ending horde of monsters in an arena.  Similar to a village raid but a prebuilt arena with no building ability for the player.   Start light with a couple of zombie's or something then next wave and so on towards waves with ravagers/evokers/vindicators/pillagers/creepers/enderman.  Think of super raid without the ability to just cheese with some magma block/wither rose wall.  Eventually have the waves include Wither(s).  Perhaps 100 waves in place of never ending if wave 100 is like 3 withers, 10 evokers, 6 Ravagers ect..  However an issue I see already is the wither targeting the evoker instead of player.. so maybe undead specific waves for anything with a wither in it.   Maybe first wave is just cows or non combatant.   Loot such as enchantment books/gear would drop from mobs. Maybe a bonus roll at wave completion.  Start with nothing.

Edit:
No difficulty for the pit just regular old hard difficulty minecraft but the reward is based on progress with dying on wave 12 or something not necessarily a fail so as to feel like you win every time atleast a bit.
about 1 year ago

Understanding warnings by staff due to use of filtered words.
i did once type "a farmer" and got a warning.  i was talking about villagers lol but it didnt like a f
about 1 year ago

edit:  i mean i just found an elytra the other day and end has been open for months now.   expanding by 10k each direction literally multiplies the area of city spawing by like 8

WilderTheme - WilderShops
I thought redribbits treehouse at my place was in wilder theme thats why i wanted for a treehouse but ok then... i guess it's not good enough to highlight
about 1 year ago