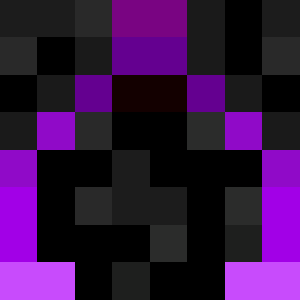 Should we remove ideas here after they are old/skipped/done?

This would definitely be a good way to help declutter the discord channel. However, it might be a good idea to keep the older posts within the forums still. If the discord posts are autogenerated by the posts made in the Feature Requests section of the Forums, there could be some sort of bot or script that automatically moves the post to a sub-section (something like "Archived Feature Requests"). This way the discord channel posts will be removed but the actual forum posts will still be preserved.

Depending on the nature of your question, the response you recieved is not necessarily accurate. Like Yacob stated above, that channel is actually meant for players to ask staff about non-urgent topics. If you were asking about some aspect of the Expanse server (how it works, ranks, shops, maybe plugin functionality, etc.) then that would be completely valid. Was it a Mod/Helper that responded with that response or was that a normal player?

Wilder 🧽 Sponge
One idea could be a burst cooldown mechanism. For example, you can use the sponge 10 times in a row but would have to wait 1~2 minutes before being able to use it another 10 times. This would allow people to clear a large amount of water before having to wait to use it again.
2 months ago

New prefix
From what I've been told, custom prefixes are not allowed to prevent people from putting inappropriate or profane prefixes in their names. It's basically 1 less thing Mods and Helpers have to monitor.
3 months ago

New Item: WilderChest
Or if you really wanted to make it worthwhile, you could make it 8 stacks of beacons with an end chest in the middle. This would really make you work for the chest.

In all seriousness though, this would be an amazing idea to implement.
3 months ago