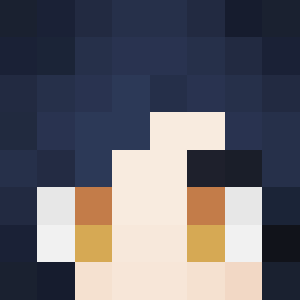 Dungeon Run - New Player Experience
Recently I've been fielding a lot of questions about what exactly the Dungeon Run minigame entails, particularly from newer players. It's highlighted to me that the specifics of the dungeon run (i.e. what it is, how one is able to do it, how to get keys to do so, what is (not) required for them to bring in terms of equipment etc.) aren't clearly articulated in the server itself, besides the /dungeonrun command (which doesn't take into account 25-room dungeons, and doesn't specify what kind of challenges players are likely to face in the dungeon etc., and isn't clearly advertised anywhere in the server (to the best of my knowledge)).

I feel that a clearer method of communicating a) what the Dungeon Run is, b) what is required for one and c) how to obtain keys within the server would be useful to new players. I believe the beginnings of a sign wall have been set up but at present is unfinished and has no information.

Why will players enjoy this idea? It makes the new player experience less overwhelming. Particularly as the Dungeon Run is exclusive to Wildercraft, new players are unlikely to know what it is, and making this clearer for them allows them to make more educated decisions about how they want to approach it, if at all.

How does this idea help or enhance the values of Wildercraft? Allowing new players to more easily understand the Dungeon Run allows them to more easily participate, and in doing so cooperate and become involved with the community through the minigame.

On a scale of 1-10, how complex is this idea? I wouldn't expect it to be more than 1 or 2 - some signs on the wall near the dungeons, or similar, would likely suffice - as would an update to the /dungeonrun command and a prompt directing players to it.
7 months ago